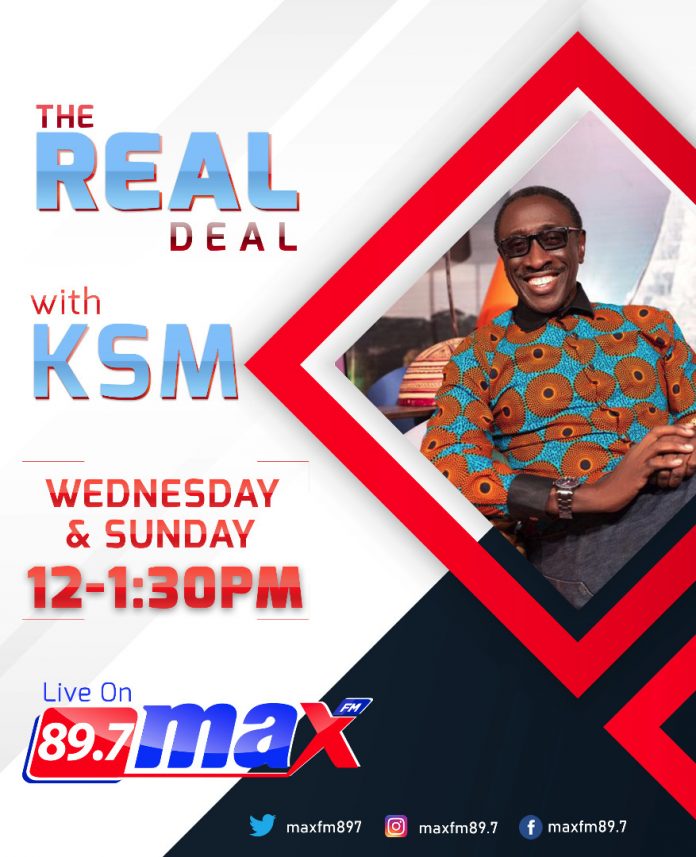 Kwaku Sintim-Misa (KSM) has made a return to radio!

The promising show , that is addictive and “dedicated to the youth of Ghana,’  is a one hour live interactive and in-studio talk show that focuses on the  personal development of the youth as a tool for influencing positive change. The show is live every Sundays and Wednesdays from 12 noon to 1:00 PM on Max FM 89.7 .

Sintim-Misa is an actor, director, satirist, and author.

He won the 2011 Radio and Television Personality (RTP) Awards Television Entertainment Show Host of the Year.

Sintim-Misa was featured in the popular American crime series Law & Order and on the drama series Medal of Honor Rag (by the Tony Award winning director Lloyd Richards.)

He has written, directed and starred in a series of one man comedic plays, most notably Saga of a Returnee, Afia Siriboe, and Politically Incorrect.

His live performances use comical characters to illustrate the key social, economic and political issues related to Ghana, produced by his company, Sapphire Ghana Limited, a content development company.

He has written and produced a variety of television shows, including Hot Bench, and Divorce Court.