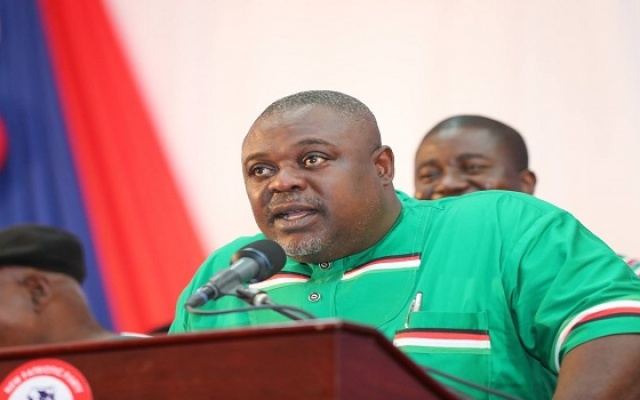 Koku Anyidoho, a Former presidential spokesperson, has hit back at his critics for praising President Nana Addo Dankwa Akufo-Addo for his social intervention programs in the wake of the COVID-19 pandemic.

Speaking on an Accra-based radio station , Koku Anyidoho claimed to have heard all the insults rained on him for praising President Nana Akufo-Addo for the social intervention measures he has put in place to ease the burden on Ghanaians, especially the vulnerable in the society.

However, Koku Anyidoho counted the insults with joy as some of the NDC Executives joined hands with the ruling NPP government officials to distribute food stuffs to vulnerable groups in Accra, claiming that the interview he granted to praise President Akufo-Addo has yielded positive results.

“So, there are a lot of things that can unite us? But to be frank I even heard Ex-President Mahama on Tuesday congratulating President Akufo-Addo for the decision to give food, both cooked and uncooked to the vulnerable in the society,” the now Chief Executive Officer of the Atta-Mills Institute , stated.

Koku Anyidoho reminded his critics that the only enemy at this point in time is the COVID-19 and not either the ruling New Patriotic Party (NPP) or the largest opposition National Democratic Congress (NDC); reiterating that it is not the time for partisan parochial politics.

“COVID-19 is the enemy and not NPP or the NDC; . . . When I saw the pictures of the NDC Executives and NPP Government officials together giving food to the vulnerable, I thanked God that the interview I granted on Monday is yielding results, because this is not the time for partisan parochial politics,” he insisted.

Koku Anyidoho stressed that, “if those small boys who sit under the tree to play cards and draughts will want to play politics with the COVID-19, we can grant them that, but God forbid that I Koku Anyidoho in a crisis moment like this, having worked with a President of the Republic before, having gone through crisis moment, decides to do politics with COVID-19. I won’t do it . . . if that is the reason why you will crucify me then crucify me, after all Christ died and went to Heaven”.

He alluded to the fact that the philosophy of the NDC is rather to show compassion to the needy and the vulnerable in a difficult moment like this than to do politicis.