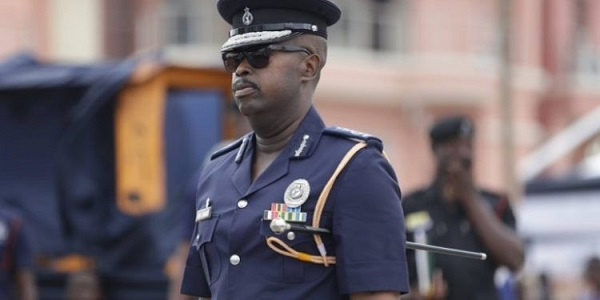 COP Nathan Kofi Boakye, the Director-General for Legal and Prosecutions at the Ghana Police Service, has said the Police will swiftly deal with all infractions before, during and after the December 7 Presidential and Parliamentary election.

COP Kofi Boakye reiterated the commitment of the Police to swiftly investigate, arrest and deal with electoral offenders in accordance with the laws of Ghana.

Speaking to the media in Koforidua at the sidelines of a capacity building on electoral laws for 120 Police officers made up of investigators, District and Unit commanders, as well as and Divisional commanders in the Eastern region, COP Kofi Boakye said the Police Administration “is preparing feverishly in terms of training our personnel in all aspects.”

“We are training the patrolmen in Huhunya, we are training those who are to give protection to vital installations and we have realized that it is also important to train the policemen to be abreast with the laws relating to the conduct of elections, how they can effectively gather evidence to prosecute electoral offences”.

COP Kofi Boakye added the training is being carried out nationwide.

COP Kofi Boakye stated that the Police Administration is cognizant of the crucial nature of this year’s election, therefore, leaving no stone unturned in its quest to protect the peace and stability of the country.

He, therefore, advised Police personnel to be neutral and discharge their duties in firmness without fear or favour to help build public confidence to enhance corporation.