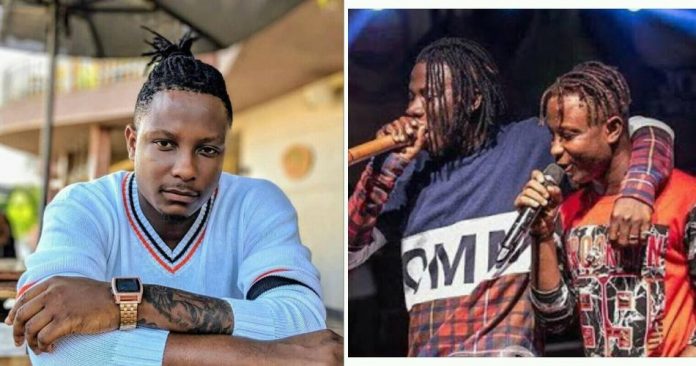 The ‘Mea’ hit maker, during an interview on an Accra-based TV station , stated that he sees Stonebwoy on television often, so he doesn’t miss him.

According to Kelvyn Boy, he doesn’t think Stonebwoy will also miss him.

Kelvyn Boy, who is currently promoting his latest album ‘Blackstar’, and Stonebwoy are reportedly not having a good relationship after they parted ways.