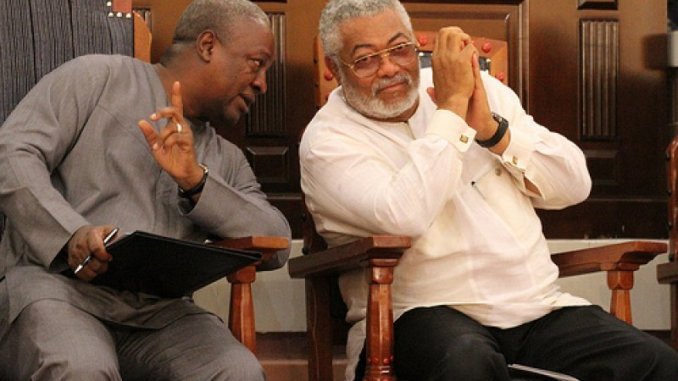 According to Former President of Ghana John Dramani Mahama, the memory of Jerry John Rawlings will stay with countless generations of Ghanaians.

Tributes keep pouring in for the late former President with many describing how illustrious he was while alive.

In a post shared on Facebook by former President John Dramani Mahama, he said: “Our Legend Lives On! ‘Boss’- you may be gone but your memory will continue to inspire countless generations of Ghanaians”.

He continued that “You were and remain the soldier of a lifelong and restless quest for freedom and justice”.

The late former President of Ghana Jerry John Rawlings died on November 12 after a short illness.