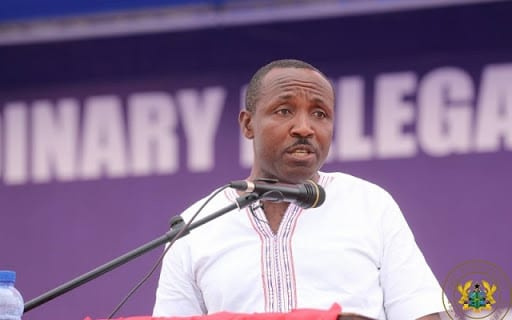 John Boadu, the General Secretary of the New Patriotic Party(NPP), has said that the party’s success at winning the next elections would depend on its aggressiveness and posture towards politics.

John Boadu revealed that the governing NPP is always quick to rebut allegations about issues that do not really matter. He noted that these issues rather sway the party from focusing on its core duties of solving social issues that matter.

However, he stressed that for the NPP to win the 2024 elections after the tenure of President Nana Addo Dankwa Akufo-Addo, a number of promises must be fulfilled.

According to John Boadu also expressed the need for government to be aggressive in making sure that every loophole is cleared in government sectors.

The NPP General Secretary said, “We will win 2024, but that will depend on the posture of our politics which should be aggressive to some the issues that we don’t have to respond to.”

He added, “we have to fulfil our promise to contractors so that things become easy for people so that where there are loopholes we solve it”.

“If you look at our oil sector and ports, there are so many loopholes making government lose money. So if government it’s hands-on strengthen stuff then we can scrap the double-track system,” John Boadu stated.