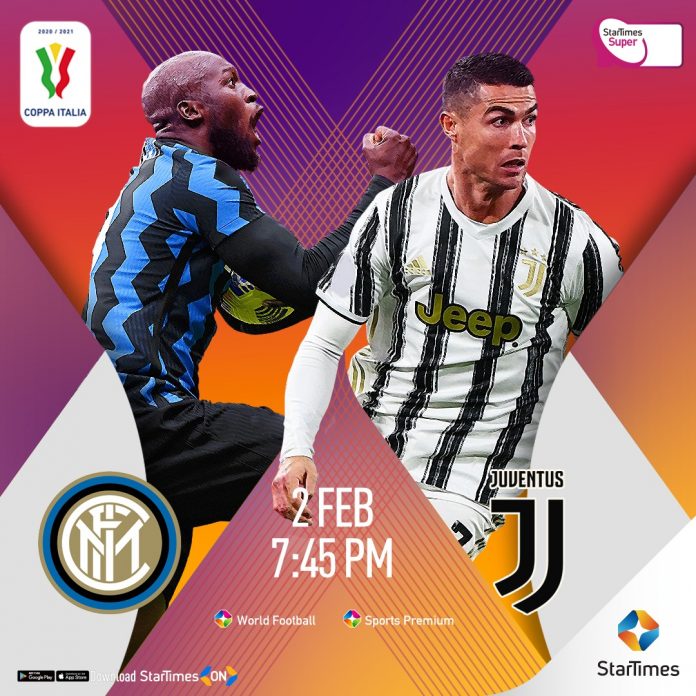 Coppa Italia is back on Tuesday with a semi-final between rivals Inter Milan and Juventus Turin. Ronaldo’s team will have to do without Paulo Dybala while on Inter side, both Romero Lukaku and Lautaro Martínez will be eager to come out on top.

Although the term derby is in danger of being over-used in the Beautiful Game, there are few matches in Italian football that go any bigger than games between Inter Milan and Juventus.

Called the Derby d’Italia since 1967, games between clubs from the two largest cities in Northern Italy are a regular occurrence in the Coppa Italia and this Wednesday Inter welcome their rivals to the San Miro Stadium in the first-leg of the semi-final of the 2020/21 Coppa Italia.

As both clubs are amongst the leading teams in Italy, it is not surprising that Wednesday’s game is not the first time that they have met in the final stages of the competition.

Both clubs have emerged victorious against the other at the semi-final stage twice, with Inter winning the last two encounters (in 2003/4 and 2015/16) on penalties – even overcoming a 3-0 defeat from the first leg in 2016.

Juventus are the record-holders in the competition, having won 13 times, while Inter have held the trophy aloft seven times.

Both go into the Coppa match on the back of Serie A victories, with the Bianconeri winning 2-0 in Sampdoria, while I Nerazzurri trounced Benevento 4-0 at home, with in-form striker Romelu Lukaku grabbing two of the goals.

Coach Antonio Conte, however, will be without the Belgian international who was given a one-game suspension after getting into an argument with Zlatan Ibrahimovic during Inter’s quarter-final victory against AC Milan.

Moroccan wing-back Achraf Hakimi is also suspended for Wednesday’s game and in their place Conte is expected to play Alexis Sanchez and Matteo Darmian.

Juventus’ biggest absentee is Paulo Dybala, who remains on the side lines after picking up an injury in a league game. Andrea Pirlo is likely to give legendary goalkeeper Gianluigi Buffon a place in the line-up.

Pirlo can also count on striker Cristiano Ronaldo, who already has cup winners’ medals from England and Spain hanging in his trophy cabinet and is now looking towards adding an Italian one to his collection.

The coach rested the five-time Ballon d’Or winner in last week’s quarter-final win against Serie B club SPAL, but seems likely to bring him back for the match against Inter.

Napoli, who beat Juventus in last year’s final, are meanwhile hoping to stay on track for a seventh title. They are at home to Atalanta in their first leg match on Thursday.

The games will be shown live and exclusively in Ghana and across Africa on the StarTimes channels as Africa’s leading digital-TV operator has secured the broadcasting rights to the exciting competition. 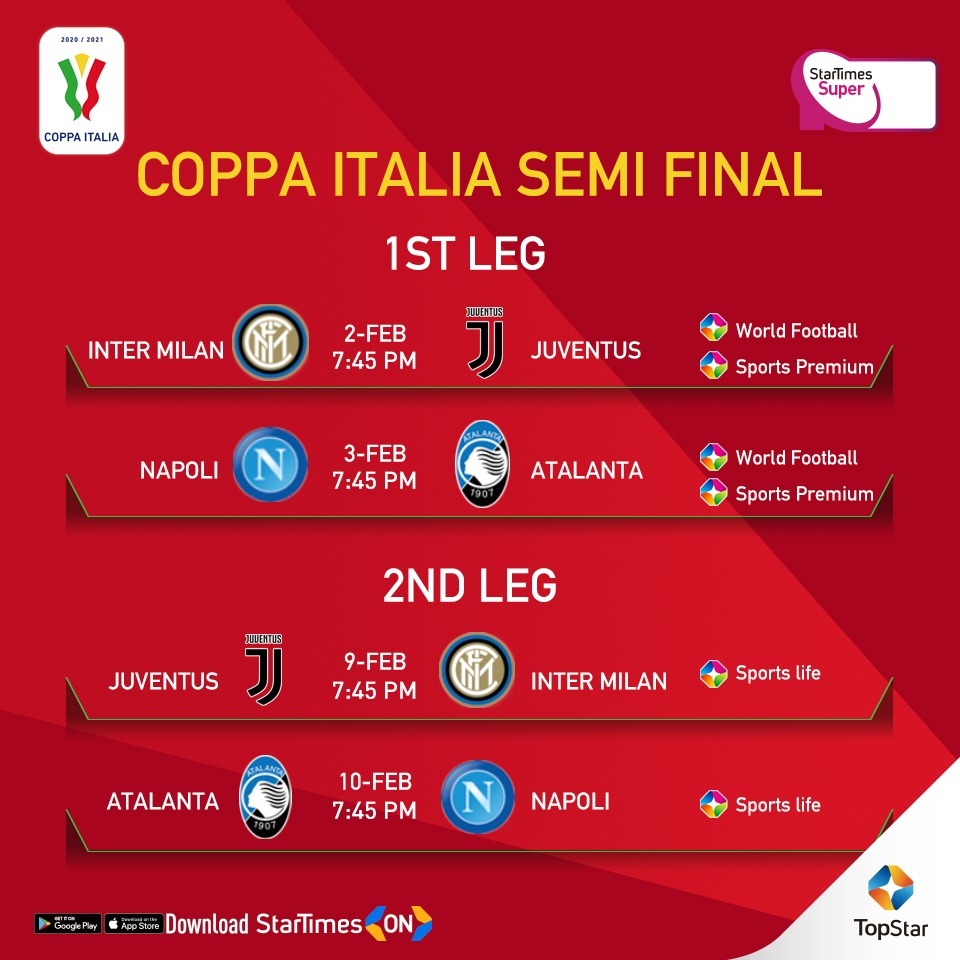