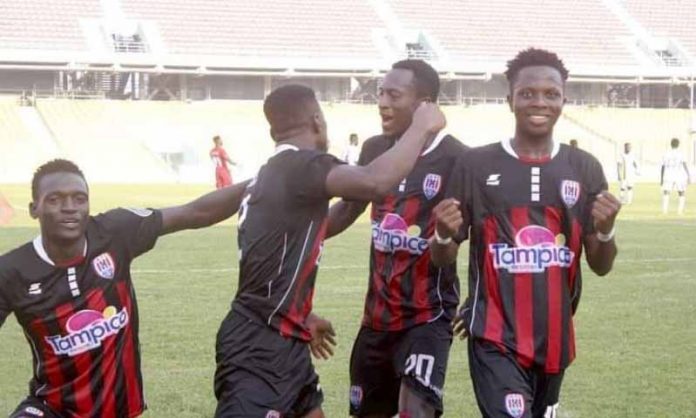 Wonders tried to cause an early stir from a free-kick just outside the box in the 10th minute.

A well-taken kick by Salifu Ibrahim was headed away by Inter Allies defender Issah Ali.

Allies missed an early chance to score when Paul Abanga sent in a long one to Michael Kporvi but the striker failed to connect.

Both teams fought hard but go not get the breakthrough as the first half ended 0-0.

Inter Allies finally broke the deadlock in the 56th minute thanks to Alex Aso who directed in a free kick by Fard Ibrahim.

That was the only goal in the game as it ended 1-0.