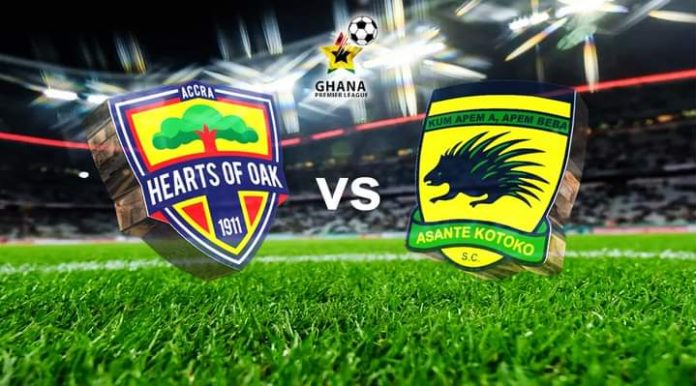 Hearts of Oak beat Kumasi Asante Kotoko 1-0 in Week 31 of the Ghana Premier League (GPL) at the Accra Sports Stadium.

This has seen them open up a three points gap at the top.

The Porcupine Warriors were hoping to give Hearts a run for their money but that never materialized.

The first half of game ended goalless and the two sides knew they had only 45 minutes to make a statement.

After the recess, Hearts upped their game and that saw them get the goal finally.

A wayward shot from Benjamin Afutu found it way to Afriyie Barnie who finished off after a nice turn and that gave the Phobians a 1-0 lead.

The games did not produce any more goals and that saw Hearts get a win over their bitterest rivals.

With just three games to go Hearts lead the table with 59 points and Kotoko are second with 56 points.