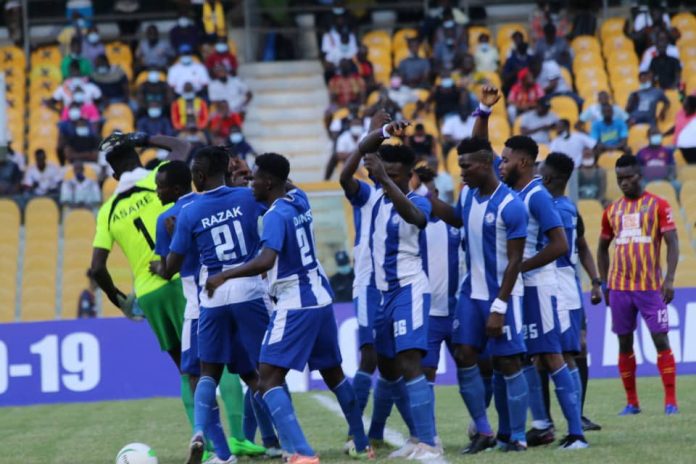 Accra Hearts of Oak and Great Olympics drew 1-1 in a Week 28 game of the Ghana Premier League (GPL)  .

The game which was tipped as the biggest game of the weekend, lived up to expectation.

The first half saw Hearts ow Oak create several chances but could not break the deadlock.

The second half came alive when Hearts of Oak midfielder Emmanuel Nettey hit in a powerful shot to give the Phobians the lead.

Great Olympics were not shaken and came out in search of the equalizer.

They finally got it in the 71st minute when Maxwell Abbey Quaye headed in a powerful header to make it 1-1.

The referee added 10 minutes but both teams could not score again and it eventually ended 1-1.

Hearts now have same points as Kotoko, 50 but lie first.