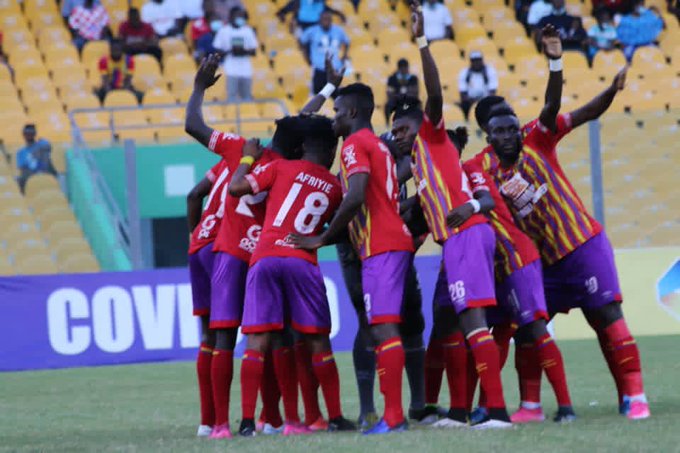 Brazilian forward Fabio Gama scored the only goal of the game between Kotoko and Ashantigold at the Obuasi Len Clay Stadium.

The Ashanti derby which was a week 28 game saw both side begin with all urgency.

In the 23rd minute, Kotoko’s Patrick Asmah sent in a beautiful cross which was met perfectly by Fabio Gama who headed in past goalkeeper Kofi Owusu.

That gave Kotoko a deserved lead and they went into the break with the advantage.

After recess, Ashantigold pushed for the equalizer but Kotoko stood their grounds and ensured they pick up all the three maximum points.

The win means they now have 50 points.