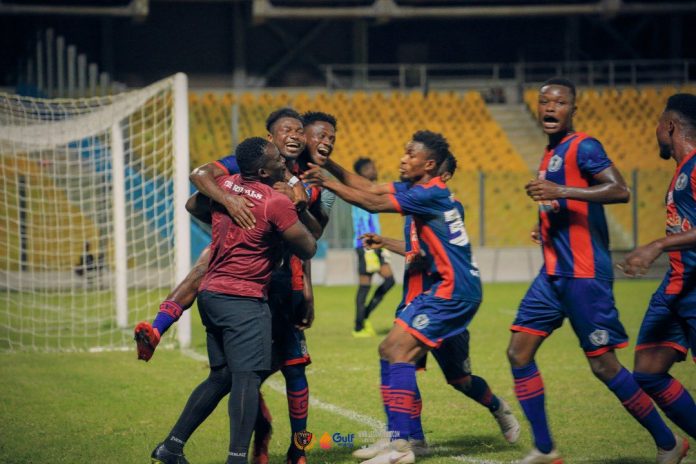 Legon Cities forward Cephas Doku scored the only goal when his side met Inter Allies in a Week 28 game of the Ghana Premier League.

The Royals have been in good form of late and have won three of their last five games.

After a first half of few chances, the second came to life when Doku headed the ball past Inter Allies goalkeeper Rashid Seidu.

The Royals are 9th on the GPL table with Inter ALlies still rooted at the bottom.