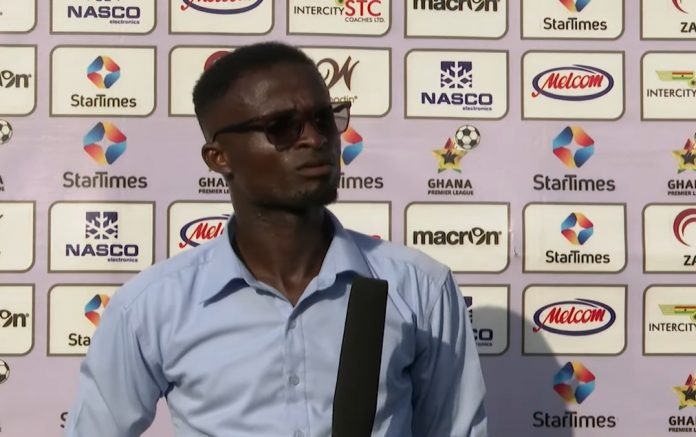 Head Coach of Techiman Eleven Wonders Ignatius Fosu has hit out at Hearts of Oak after they beat his side 1-0 in a Ghana Premier League game Week 26 game.

Hearts defied all odds to beat Eleven Wonders at the Nana Ameyaw Park on Saturday.

After the game, Ignatius Fosu said his side was better than Hearts and the Phobians could not string passes together despite the slim win.

“I think tactically we beat them, we all saw they were only ballooning the balls, I thought Hearts were a possessive team but they couldn’t string two passes together. We kept on missing chances and in the game of football, you miss you lose. We will work on ourselves and come back stronger.

Kojo Obeng Jnr scored the only goal of the game which has sent Hearts to the top of the table.