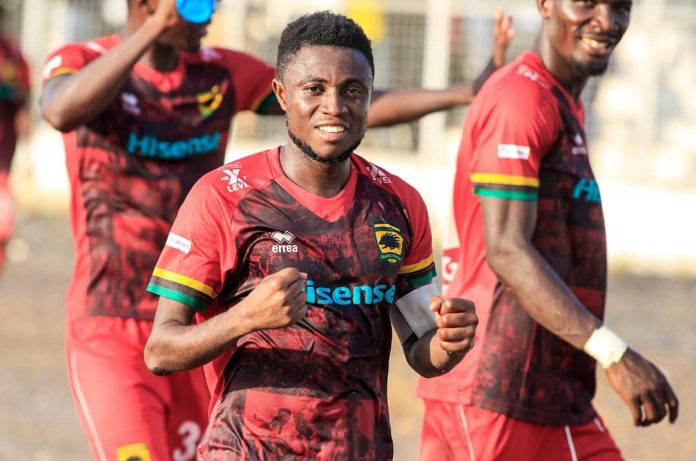 The game was a must win for Kotoko as they aimed to get back to the top of the table.

The Porcupine Warriors started the better of the two sides as they were awarded a penalty in the first minute of the game.

Ismail Ganiu stepped up to make it 1-0 to Kotoko.

There were no clear cut chances but WAFA scored in the dying embers of the game.

Justus Torsutsey rose highest to power in a header to make it 1-1 before halftime.

The second half produced little action as the game eventually ended 1-1.

This means Kotoko are now second on the league table but with same points as leaders Accra Hearts of Oak.