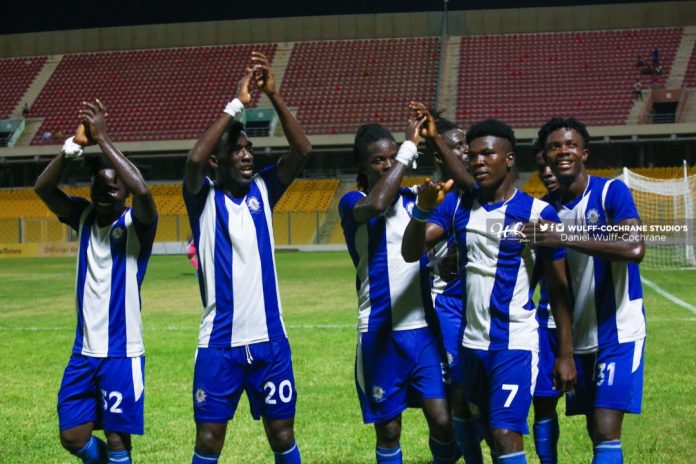 Olympics who had lost their previous two games were determined to get back to winning ways.

Inter Allies dictated play in the first half but were unable to convert the chances that came their way.

The game looked to be heading to a draw until Great Olympics striker Abdul Mudasiru scored in the 76th minute.

Olympics then kept Inter Allies who were chasing the game at bay and the game ended 1-0 in favour of the Accra based side.

The win takes them to 3rd on the league table with 43 points.