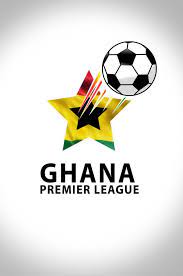 The Week 24 games of the Ghana Premier League produced exciting results in midweek.

As the race for the title becomes intense, Kotoko is stretching their lead at the top with Great Olympics losing grips on their quest to win the GPL.

This was one of the most surprising results recorded in midweek. WAFA who have not been too good on the road managed to beat league contenders Medeama SC 2-1 at the Akoon Park.

Medeama took an early lead through Prince Opoku Agyemang but were pegged back as WAFA scored two in the second half to win it.

Sharks and Karela played a 1-1 draw in an intense game at Elmina.

This bottom-of-the-table clash was expected to be competitive. Mohammed Zakari opened the scoring for the bottom-placed Inter Allies in the 14th minute.

In the second half, Clement Boahen scored to draw Eleven Wonders level.

After a goalless first half, the goals began to flow in the second half and it was Abednego Asafo that scored in the 62nd minute before Sadat Mohammed made it 2-0 in the 85th minute.

Berekum Chelsea put Ashanti Gold SC to the sword as they beat them 3-1.

They took the lead in the 35th minute through Mohammed Abdul Basit. It was 2-0 in the second half when Paul Atta Agyei powered in.

Yaw Annor scored in the 66th minute for Ashanti Gold to make it 2-1 before Stephen Amankonah made it 3-1 in the 68th minute.

Hearts of Oak defied all odds to beat Bechem United 1-0 at the Nana Fosu Gyeabour Park.

This is Hearts’ first win against Bechem United since 2013 at the deadly grounds.

After a barren first half, Salifu Ibrahim scored a wonderful goal as Hearts snatched all three points.

Liberty Professionals looked set to win the game when they took the lead in the 80th minute through Kwaku Karikari.

The table turned quickly as an own goal from Evans Owusu drew Legon Cities level.

Jonah Attuquaye got the winner in added time for Legon Cities.

Dennis Korsah-Akoumah gave Ebusua Dwarfs an unlikely lead in the 26th minute before Emmanuel Gyamfi headed in the equalizer for Kotoko in the 29th minute.

Gyamfi got a second in the 50th minute after Dwarfs goalkeeper Razak Issah made a mess of a harmless cross.

Great Olympics missed an opportunity to keep the pressure on Kotoko after throwing away a 2-0 lead against Aduana Stars.

Maxwell Quaye opened the scoring in the 35th minute before Mundasiru made it 2-0 to Olympics in the 56th minute.

In the 60th minute, Sam Adams pulled one back for Aduana before Bright Adjei made it 2-2 in the 85th minute.

Sam Adams then got the winner in the 90th minute for Aduana Stars.