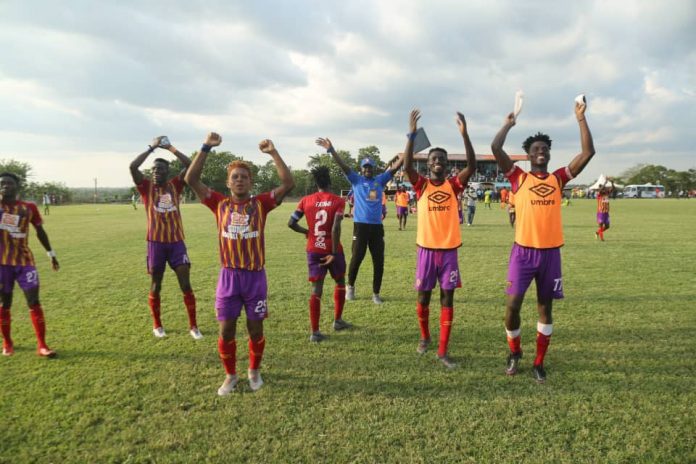 The game which saw lots of drama at the tail end of the first half saw the Phobians win 2-0.

The first half saw referee Maxwell Owusu award a penalty to Hearts in the dying embers of the game and also showed Sharks player Isaac Donkor a red card.

The penalty was however missed by Victor Aidoo.

After the recess, Hearts got the break through in the 65th minute after a mistake from goalkeeper Laud Bawa saw Isaac Mensah put the ball into an empty net.

The second goal came in the 79th minute through Benjamin Afutu Kotey.

Hearts managed the game as they won 2-0 and are now second on the league table with 43 points.