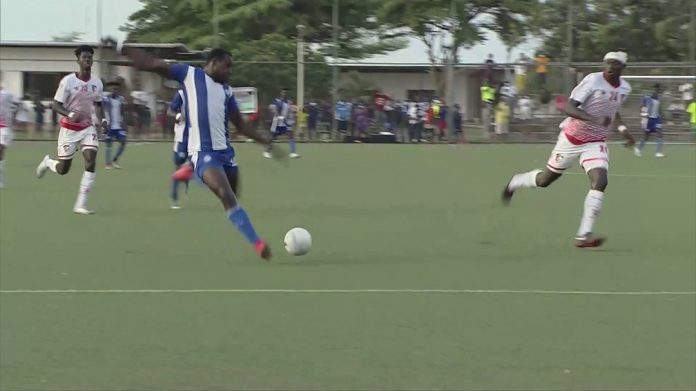 Great Olympics recorded their second away victory from the Accra Sports Stadium after striker Abdul Mudasiru came off the bench to score the winner against WAFA.

The game which was played at the Red Bull Arena saw both sides test the resolve of each other early on.

Great Olympics who were the more relaxed side had their noses in front in the 14th minute when Gladson Awako curled in a beautiful freekick.

At that point, Great Olympics were comfortable passing the ball around and ended the first half a goal to the good.

After the recess, they continued to dominate and some fine work from Maxwell Abbey Quaye saw WAFA defender Konadu Yiadom put the ball in his own net.

At 2-0, the game looked done and dusted for Great Olympics but Enock Asubonteng pulled one back for WAFA in the 70th minute before Justus Torsutsey scored a header to make it 2-2.

Both clubs looked to have settled for a draw but there was last drama as second-half substitute for Great Olympics Abdul Mudasiru’s tame shot beat WAFA goalkeeper Kwadwo Bonsu to make it 3-2 for Olympics.

The win has seen Great Olympics climb to the summit of the league with 40 points, one better than second-placed Medeama who are yet to play their week 23 game.