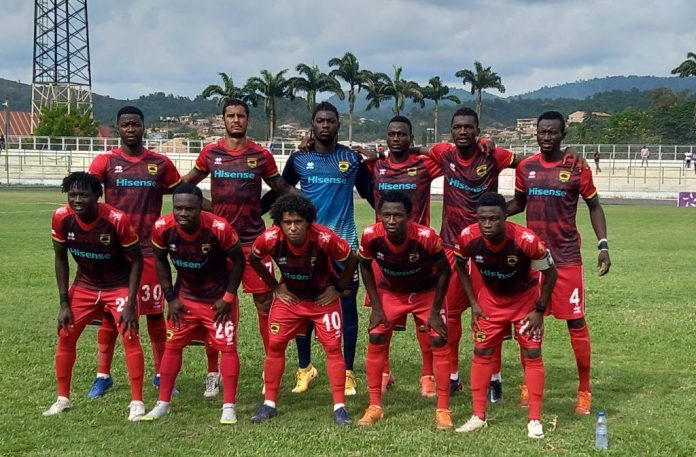 The Porcupines made it two successive wins in the Premier League, having beaten Legon Cities at the Accra Sports Stadium last weekend.

Dreams broke the deadlock of the game when Agyenim Boateng converted a penalty after Fabio Gama handled the ball in the box.

Kotoko pushed for the equalizer and got it towards the end of the first half through Brazilian Michael Vinicius.

After recess, Kotoko was awarded a penalty after referee Andrew Awurisa adjudged a tackle from Dreams FC defender Masawudu as a foul on Andy Kumi.

Abdul Ganiyu scored from the spot to go give Kotoko a 2-1 lead.

Asante Kotoko dominated the game in the second half and kept pushing for the third goal.

The visitors kept chasing for the equalizer which never came and Andy Kumi on the 78th-minute scored the put the game beyond the visitors.

Imoro Ibrahim won the ball around the centre circle and found Mudasiru who connected Andy Kumi with a fine pass into the box. The striker took a good first touch before shooting it home to seal the all-important victory for the Porcupines.

This win takes Kotoko to the top of the league with 41 points.