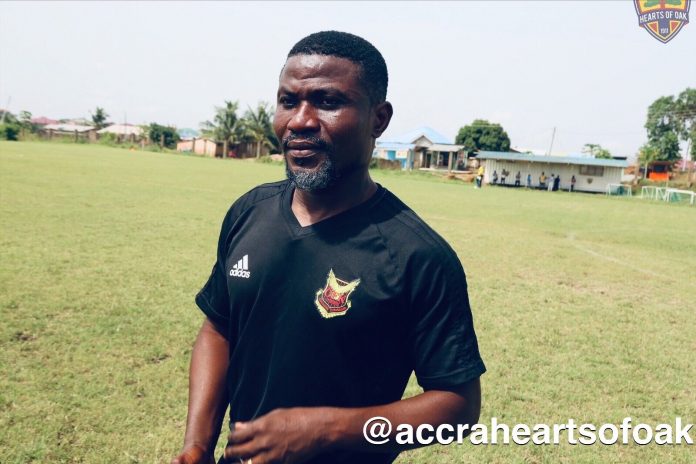 According to our reports, Ghanaian giants Hearts of Oak has named Laryea Kingston their former player as the interim coach of the Phobians ahead of their game against Ebusua Dwarfs.

Hearts of Oak will face Ebusua Dwarfs in matchday 15 of the Ghana Premier League at the Accra Sports Stadium.

With the Phobians’ coaching job being vacant following the resignation of Kosta Papic, the former Black Stars winger has been appointed to lead the team in the interim.

Laryea Kingston is currently having his coaching attachment with Right to Dream Academy and is stepping in to support the side he made his name in the early 2000s.

On Sunday, He will join his brother Richard Kingston on the touchlines after the former national goalkeeper began training with the club earlier this week.

The Kingston brothers will be in charge of the club’s week 15 encounter against Ebusua Dwarfs in Accra before the board takes a decision on the future technical direction of the Phobian club.