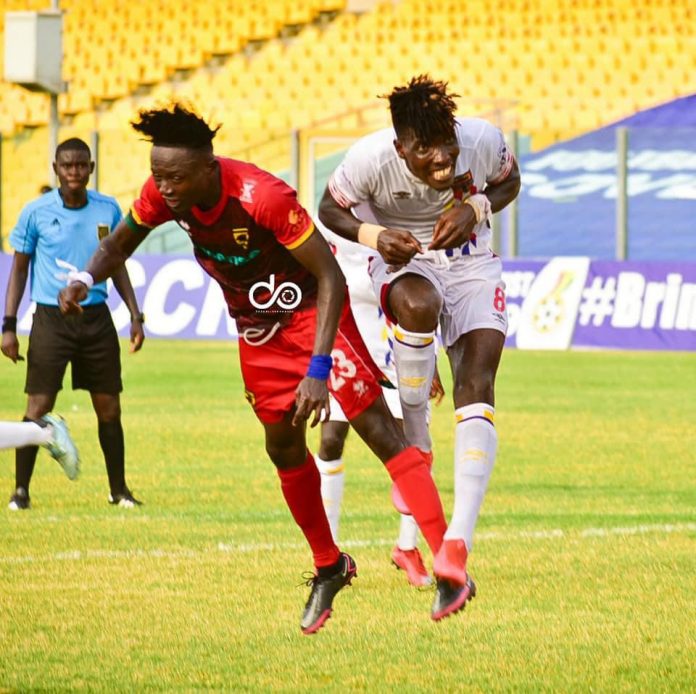 The Super Clash, between Asante Kotoko and Hearts of Oak on Sunday, was a game of penalty kicks and wasted chances from both sides as on another day it could have ended 1-1 at least had each side scored their penalty kicks.

In the outstanding matchday 14 game of the Ghana Premier League (GPL) at the Accra Sports Stadium, Kumasi Asante Kotoko, under a minute, were awarded a penalty kick but the chance was missed by top scorer Kwame Opoku as goalkeeper Richard Attah stretched to his elastic limit to save the ball.

He had to be attended to by the club’s medics, after that save, as he overstretched but was okay to continue the game.

It was all Accra Hearts of Oak the whole of the first half as they missed sitters and presentable chances.

In the second half they missed a penalty as Isaac Mensah shot tamely into the hands of Razak Abalora as both side picked a share of the spoils.