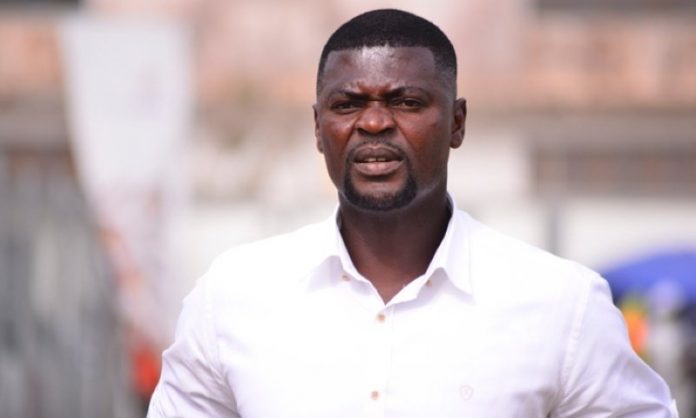 The former Medeama trainer was unveiled on March 1, 2021 at Ghana’s leading business hub the World Trade Centre in Accra.

The 35-year-old coach replaces Serbian Kosta Papic, who resigned from the club after just three months in charge.

According to details of the deal, Samuel Boadu will receive $2,500 as monthly salary and a cool GHC70,000 as a welcome enticement fee.

He will also receive performance enhancement related bonuses during his stay at the capital giants.

At the unveiling ceremony, Board Chairman of the club Togbe Afede XIV revealed that the club’s Pobiman Project which begun last year will be completed before their 110th anniversary.

In a related development, following a major backlash by supporters and some grassroots stakeholders, the club’s Secretariat which is currently in a bad state, will be renovated to ultra-modern standards.

He begins his assignment with new signing Salifu Ibrahim, who joined the club from Techiman Eleven Wonders a few days earlier.

Hearts, since the departure of Kosta Papic left have won two games and drawn one including the action packed stalemate against arch rivals Kumasi Asante Kotoko at the Accra Sports Stadium.