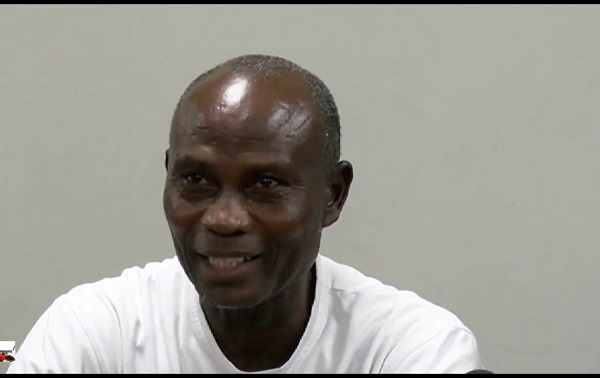 According to the coach of Aduana Stars, Stephen Asare Bediako, he blames his players for their defeat against Hearts of Oak on matchday 18 of the Ghana Premier League (GPL).

On Sunday, the Phobians inflicted a 2-0 defeat on Aduana Stars, the fire boys, at the Accra Sports Stadium.

Victor Aidoo’s strike from the spot and an own goal emanating from Hafiz Adams settled the encounter.

Coach Asare Bediako, speaking after the game, felt disappointed by the performance of his team which saw Hearts picking all points at stake.

He said “We lost the game I the first half because what I told them in the first half they didn’t do it. They were supposed to press but Hearts of Oak did that.”

“They were supposed to press and mark one and one. When we went to recess I told them to do so we can get the equalizer. I told them to press because that was the training we had in the week but they didn’t do it”.

“For me, my target is to finish in the top four this season”.

Aduana Stars are 9th on the table with 24 points.