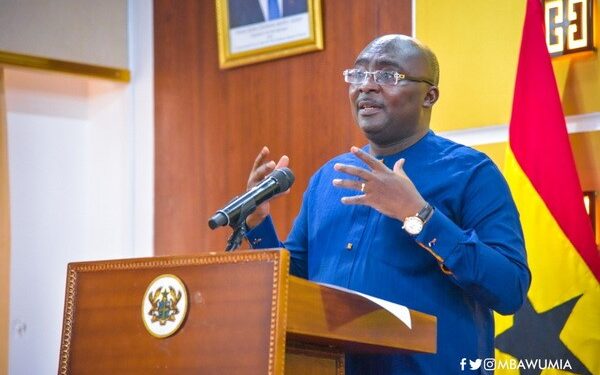 Vice President, Dr Mahamudu Bawumia has revealed that the government is working to build six new stadia in the country.

Bawumia noted that the move by government was to ensure that every region received its fair share of sporting facilities to help develop talents for the future.

Speaking at the inauguration of the Adjiriganor artificial turf in the Adenta municipality in Accra, he tasked the Minister of Youth and Sports to institute a national fitness day to help build a healthy nation and improve productivity in the process.

“The government is working tirelessly to initiate the construction of six new stadia in the newly created regions to help nurture talents for the future,” he said.

“This, we believe, will offer every region the opportunity to receive its fair share of sporting facilities in the country,” he added.

The government has, in recent times, renovated the various stadia across the country, with the Accra Stadium being the first to receive a facelift.

Currently, the Baba Yara Stadium in Kumasi is under rehabilitation, aside from 10 national sports resource centres which are at various stages of completion.