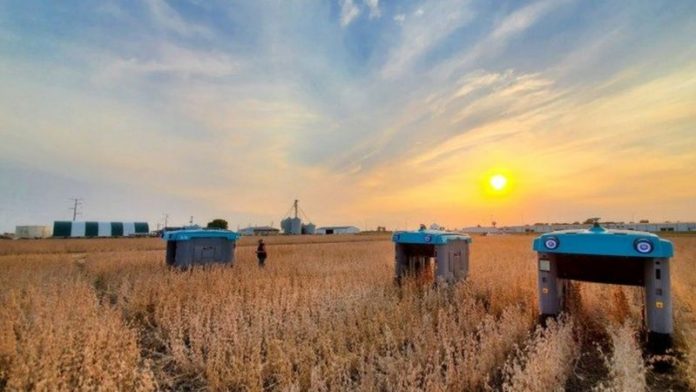 The robot buggies roll through fields on upright pillars, so they can coast over plants without disturbing them.

The goal is to collect huge amounts of data about how crops grow.

Called Project Mineral, it is part of Alphabet’s X company, which aims to create world-changing technology from radical “moonshot” ideas.

In a blog post, project lead Elliott Grant said: “We hope that better tools will enable the agriculture industry to transform how food is grown”.

The team says its main goal is to address the world’s increasing need for food and the sustainability of growing it.

But current tools do not give farmers the kind of information they need.

“What if every single plant could be monitored and given exactly the nutrition it needed?” Mr Grant wrote.

“What if we could untangle the genetic and environmental drivers of crop yield?”

While farmers may have information about the soil content or the weather, the buggy robot was designed to see how plants were “actually growing and responding to their environment”, the company said.

“Over the past few years, the plant buggy has trundled through strawberry fields in California and soybean fields in Illinois, gathering high quality images of each plant and counting and classifying every berry and every bean,” it said.

On top of being a literal bean-counter, the buggy can also record information such as plant height, leaf area and fruit size.

And all that data is plugged into a machine-learning system to try to spot patterns and insights useful to farmers.

Checking for bugs, making sure crops were picked and planted at the right time and even picking weeds or moving fences were possibilities, he said.

“Having robots is really efficient and effective,” Mr Drew said.

“Farmers are marginal most of the time.

“But there are some downsides to all of this.”

Data security was essential at every step, he said, “because the last thing you want to do is have somebody hijack your farm”.

And the question of who owned the data was important.

“This big data is really important – and governments will want to have a say and control over how that is used and who gets to see it – because it is of national interest.”

Mineral said it was already working with breeders and farmers in Argentina, Canada, South Africa, and the United States.

But there is no explicit timeline or plan to release the buggy as a commercial product. 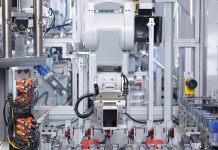 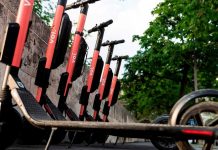 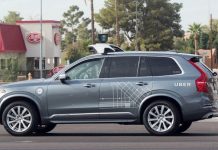