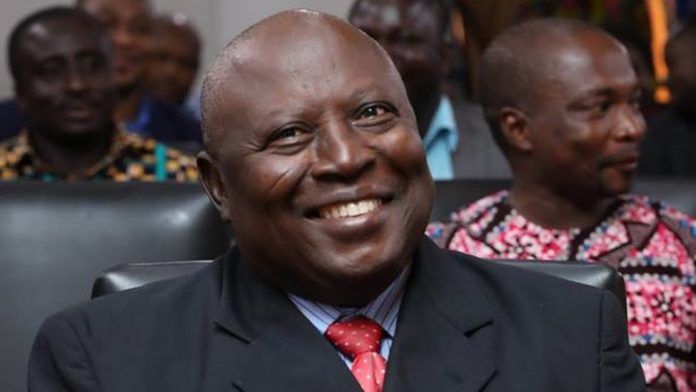 Special Prosecutor (SP) Martin Amidu, has been called upon by Civil Society Organisation, Ghana Integrity Initiative (GII), to regularly give Ghanaians an account of the cases that his office is dealing with.

This, according to the GII, will help the citizenry gain a better understanding of the operations of the office of the SP and boost confidence in the office.

A number of critics have said Mr Amidu’s office has not achieved anything in terms of the fight against corruption since his appointment by President Nana Addo Dankwa Akufo-Addo three years ago.

This is because as Special Prosecutor, he is yet to successfully prosecute any of those under investigation by his office.

The Programme Officer of the GII, Mr Jacob Tetteh Awunu, speaking on the State of Affairs programme on AN Accra-based FM on Wednesday, 26 August 2020, called for regular updates from the OSP, which he said will enable citizens decipher for themselves if the SP’s office is, indeed, functional.

“We, as a civil society, are saying when the law takes it course, and it comes to a conclusion, then we have some level of hope that indeed the processes are working, but when we are not in the known, when citizens are in the dark when it comes to such issues, that is when speculations of non-performance will come up.”

The GII Programme Officer further stated that: “The tag on the office of the Special Prosecutor that it is not working, it is basically because information flow is not coming. And when it comes, then we can now say this has delayed too much. It shows that you are not effectively working, or at least, we’re now aware that you are doing something and that is what we need.”

The flagbearer of the All People’s Congress (APC), Mr Hassan Ayariga, meanwhile, has said the office of the Special Prosecutor can only function properly if it is independent from the office of the Attorney General (AG).

He has, therefore, promised that his party will ensure that the AG’s office is delinked from that of the Special Prosecutor.