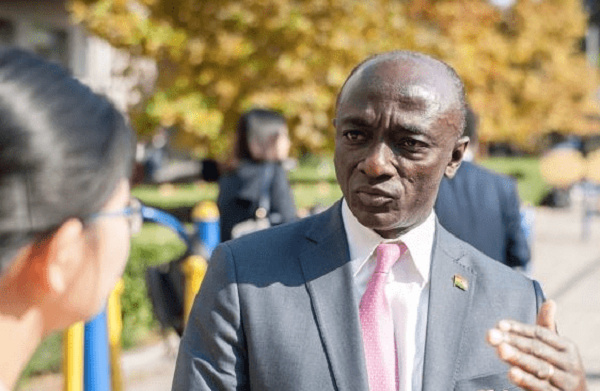 With the AfCFTA bringing a lot of countries together, Edward Boateng is of the view that intra-trading amongst countries will increase trade and present the continent with a large part of the agricultural profitability cake.

There has been an existing trade feud between Nigerian traders in Ghana and Ghanaian traders following concerns raised by Ghanaian traders that foreigners have taken over the retail business which has been designated to Ghanaians under the GIPC Act 2013 (Act 865). This has led to the forceful closure of Nigerian owned shops by the Ghana Union of Traders Association.

Reacting to the above and the recent visit to Ghana by Nigeria’s speaker to resolve trade issues posed to him on an Accra-based FM station, he said;

“I think if we can resolve the issue of production, some of these issues will resolve themselves. Why do we have our people engage a lot in petty trading? I believe it is because we lack opportunities that is why we face these problems. But the AfCFTA will help us get lots of these opportunities.”

He said that Africa is spending billions to import rice and other products but if the continent starts producing in large quantities and trading amongst each other by the truck loads, there will not be petty squabbles.

He noted with the recent COVID-19 pandemic, there has been a predicted increase in food prices and with Africa readily positioned, it will benefit largely.

“The AfCFTA presents huge advantages and we need to position ourselves to enjoy them,” he stated.

Revealing that the European Union (EU) has its own problems, H.E Boateng furthered that the AfCFTA will also have its own problems but “we will resolve it”. “The EU has its challenges but because of their number, they always have a sit down and resolve their differences.”

Ambassador Boateng motioned that with Africa increasing its productivity and with the consolidation under the AfCFTA, the continent can get a seat at the table which will translate to favorable pricing for “our produce and create for us a huge advantage”.

“It is not going to be an overnight success but we have to do it for our people to live well,” he reiterated.

Tanzania’s Ambassador to China, H.E. Mbelwa Brighton Kairuki, who was also part of the discussion on the theme; “Agriculture: Africa’s Post COVID-19 recovery catalyst?” revealed that by 2030, consumption of agricultural products will rise to about 1 trillion.

He advised governments on the continent to invest a lot more in their agriculture sector as Asia and other continents have started investing into the profitable future of agriculture.

“We are grateful to our regional leaders and we thank Ghana for hosting AfCFTA. It is a great idea and will make a huge impact on our continent,” he ended.

The African Continental Free Trade Area (AfCFTA) is a free trade area which is interested in accelerating intra-African trade and boosting Africa’s trading position in the global market by strengthening Africa’s common voice and policy space in global trade negotiations.

Accra, Ghana serves as the Secretariat of AFCFTA and was commissioned and handed over to the AU by the President of Ghana His Excellency Nana Addo Dankwa Akuffo Addo on August 18, 2020. 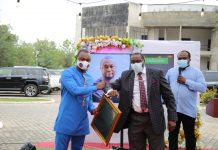 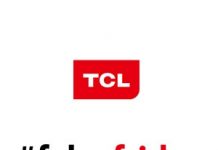 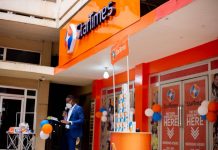