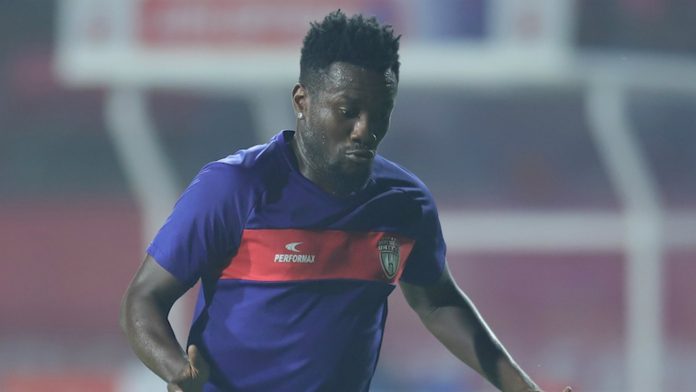 The Matchday 3 fixture of the Ghana Premier saw both teams go head to head at the Accra Sports Stadium.

Both teams kept possession well in the first half but were unable to break the deadline.

After about 70 minute, Legon Cities who recently appointed Bashiru Hayford as their coach introduced Asamoah Gyan into the game.

Though Gyan looked a bit rusty, he showed glimpses of why the Royals decided to add him to their ranks.

He was neat and tidy on the ball and with a few games under his belt he will recover his sharpness.

The game however ended in 0-0 and Legon Cities are still searching for their first win of the season after investing heavily in the transfer market.