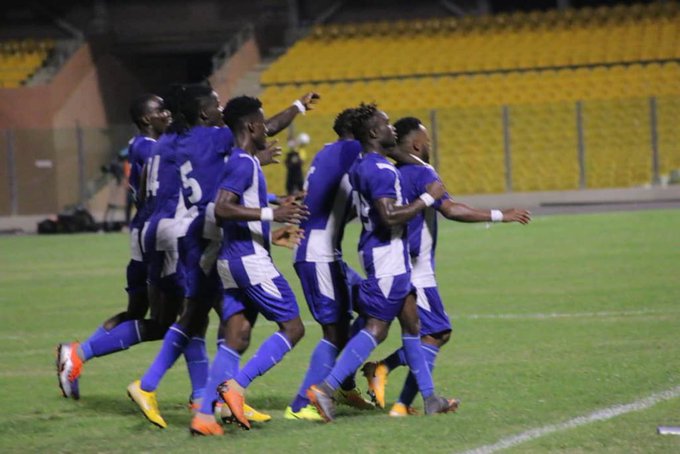 The Match Day 2 fixture at the Accra Sports Stadium was expected to be a keenly contested game but Olympics made it easy as they dominated from kick off to full time.

The “dade boys” took the lead in the 44th minute when Gladson Awako’s free kick was deflected into the net.

Back from recess, Olympics were awarded a penalty in the 51st which was tucked away by Maxwell Acquaye.

Three goals, three points, top of the table on a Friday night of pulsating football by Great Olympics with a man of the match performance by Gladstone Awako.