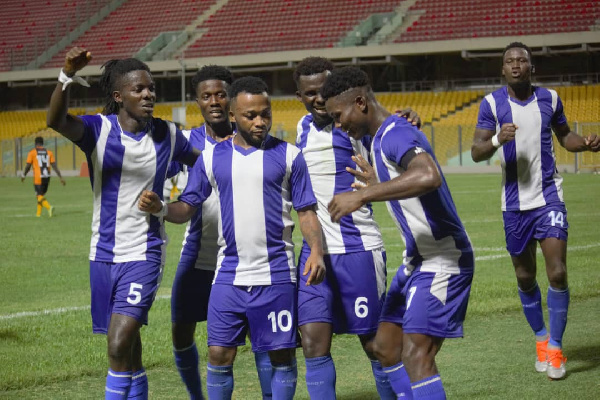 Accra Great Olympics were held to a 1-1 draw by Ebusua Dwarfs in a Ghana Premier League game.

The DADE Boys have been a joy to watch in this season so far with some beautiful football from defense to attack attracting a lot of football loving fans with their great display in the young season thus far.

The host started well in the match and got their reward on the 12th minute when captain, Gladson Awako’s cross from a corner kick found Charles Otu Danso to score the opening goal of the match.

Olympics joy was cut shot two minutes after their opener as the visitors draw level on the 14th minute through Obed Bentum’s strike to restore parity.

The game couldn’t produce any goal in the second half of the match as Olympics dropped points at home for the first time this season but moves second on the league table with 11 points from six games.

Ebusua Dwarfs on the other hand avoids defeat for the second time on the road and moves to 9th on the league table after playing six matches.