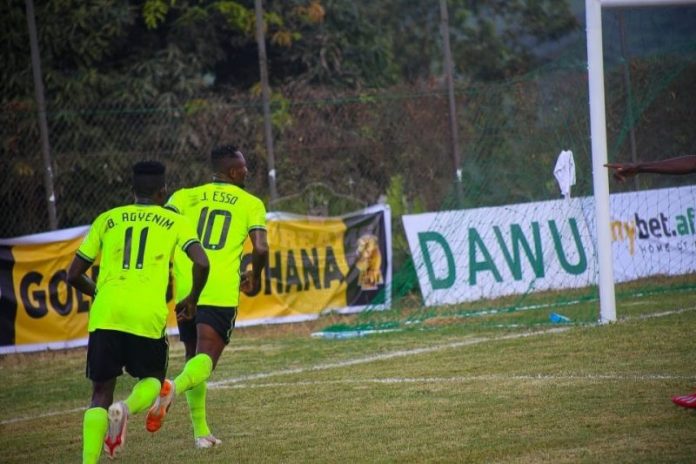 Dreams FC beat Medeama SC 2-1 at the Theater of Dreams in Dawu.

Both teams dropped points in their first matches and the 3 points were up for grabs.

Dreams showed their hunger for the points as former Hearts of Oak striker Joseph Esso put them ahead in the 20th minute.

After the recess, former Dreams player Kwadwo Asamoah leveled things up for Medeama with a great finish.

Dreams however had the last laugh when they won a penalty late in the game, Issah Ibrahim stepped up and made it 2-1.

This win takes Dreams to 5th on the league log.