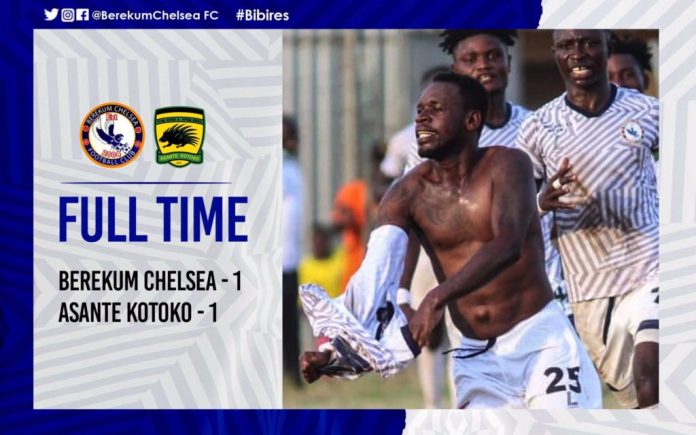 The match played at the Berekum Golden City Park saw Kotoko start on the front foot as striker Kwame Poku scored in the 18th minute.

Kotoko held on to the lead and were cruising to victory but thunder struck them.

At the dying embers of the match, Chelsea won a free kick close to the box and experienced striker, Emmanuel Clottey powered home the equalizer with a powerful strike to level matters.

Kotoko now have two points from two matches after sharing the spoils with Techiman XI Wonders in Accra last week.