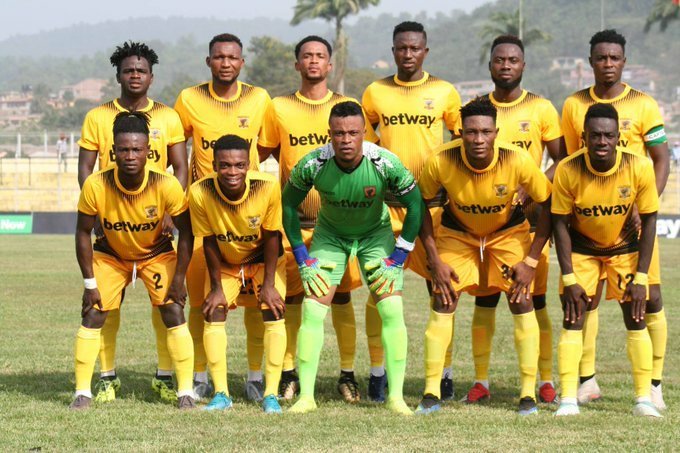 The match was postponed due to Ashgold’s involvement in the Caf Confederations Cup.

It took just 16 minutes for the Obuasi Len Clay Stadium to come alive as Isaac Opoku Agyemang put the miners in front.

King Faisal were not heartbroken as they fought hard and their efforts were rewarded when Kwame Peprah drew them level in the 27th minute.

Two minutes after that, Sandan Abagna restored Ashgold’s lead and Kwame Preprah was presented with an opportunity to make it two all but missed from the spot in the dying embers of the first half.

That proved very vital as Opoku Agyemanng got his second of the day in the 48th minute to make it 3-1.

Two late goals from Yaw Annor was enough to give Ashgold a resounding victory.

The win means the miners climb 3rd on the league log and King Faisal fall to 17th.