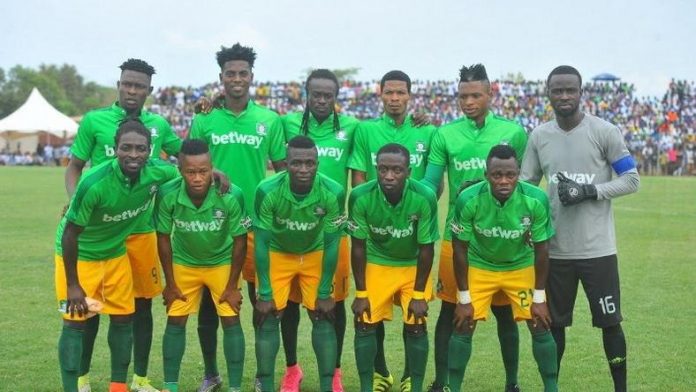 The Fire Boys started their Matchday 3 encounter against Bechem United superbly as they created several openings to go ahead.

Coach Paa Kwesi Fabin’s men however failed to make their dominance count on the score sheet as the first half finished goalless.

Bechem returned from the break with the same determination which frustrated the hosts.

The hosts pushed more men forward as they went in search of the winner but the steady defence of Bechem United stood to the test as they left the Nana Agyemang Badu II Park with a point.

The result has moved Aduana Stars to 13th place with 2 points from two games whilst Bechem United jump to 3rd with 5 points.