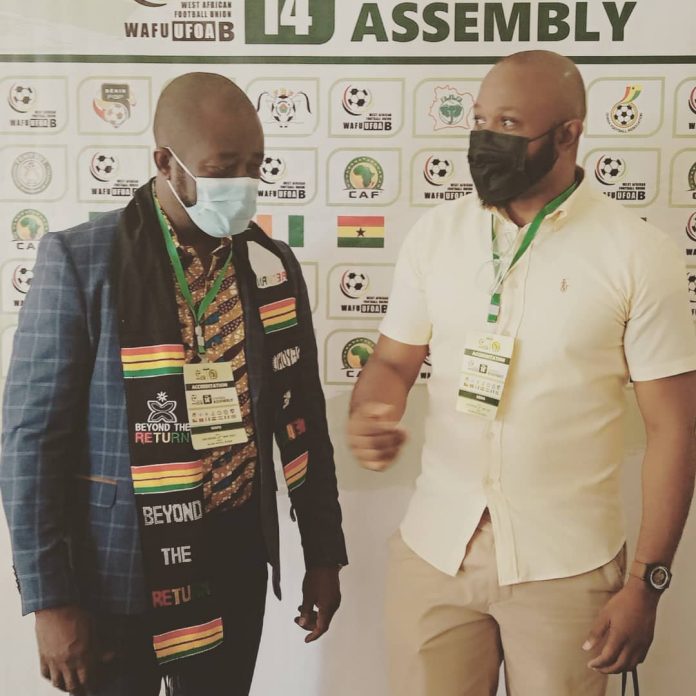 The Ghana Beach Soccer Competitions Committee has met with the General Secretary of the Ghana Football Association to deliberate on roll out plans for the impending beach soccer season.

Expectations are high that the ongoing nationwide restrictions and ban on activities at beaches are likely to be lifted in the coming weeks.

In 2011, Ghana became the first county in Africa to have a fully fledged national Beach Soccer League with a first and lower division competing for honours under the CSR Sanitation sponsorship of CalBank.

Since then, the game has spread across coastal belt and for the first time, a team from the Eastern region Okere Rangers is expected to participate in the upcoming league.

As part of the sand sport relaunch, the Gfa Beach Soccer committee is set to release a comprehensive schedule of events leading to the first league season since beach soccer was adopted at Congress by the local football controlling body in 2019.

The FA General Secretary Prosper Harrison Addo confirmed that a number of refresher courses will take place prior to the start of the season.

“For now I can confirm that the GFA is in talks with CAF to send down instructors for a referees course as well as coaches refresher courses. Dates are yet to be agreed on but as soon as we get the green light, the necessary details would be released to the media”.

Meanwhile, Yaw Ampofo Ankrah the Committee Chairman, added that his team, after consultation with the GFA, will conclude on the format and number of teams that will participate in the new Beach Soccer Premier League.

The last time a major beach soccer tournament was organized in Ghana was the hugely successful 2019 Super Cup won by Kedzi Havedzi Mighty Warriors. Since then, like most sports across the world, the Covid-19 pandemic has brought all possible tournaments and events to a halt.

Clubs from the Volta region still remain the dominant force and most successful in beach soccer, with Keta Sunset lifting 3 league titles while their rivals Kedzi Havedzi Mighty Warriors have won league once.