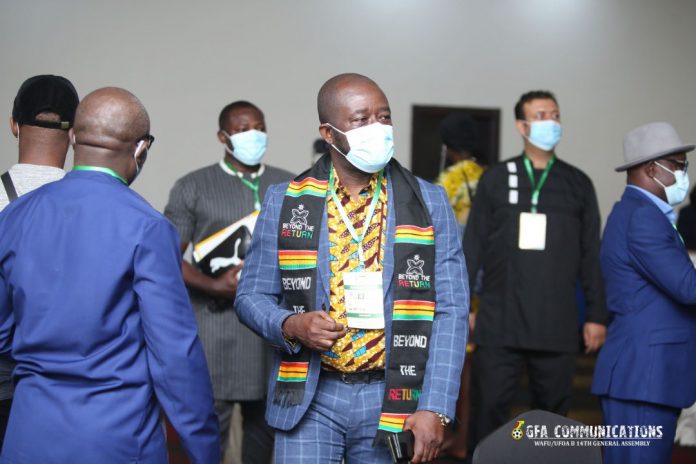 President of the Ghana Football Association(GFA), Kurt Edwin Simeon-Okraku has been named as the president of the Union of West Africa Football Union (WAFU) Zone B.
Okraku’s new role was announced at the 14th WAFU Zone B General Assembly held on May 22 at the Swiss Spirit Alisa Hotel in Accra, Ghana.

He takes over from the president of the Niger Football Federation, Djibrilla Hima Hamidou who sits on the CAF Executive Committee and has relinquished his position at the helm of the regional football body to make way for the Ghana FA boss.

Hamidou was elected by acclamation during the General Assembly of the zone held on Friday, 14 September 2018 in Niamey.