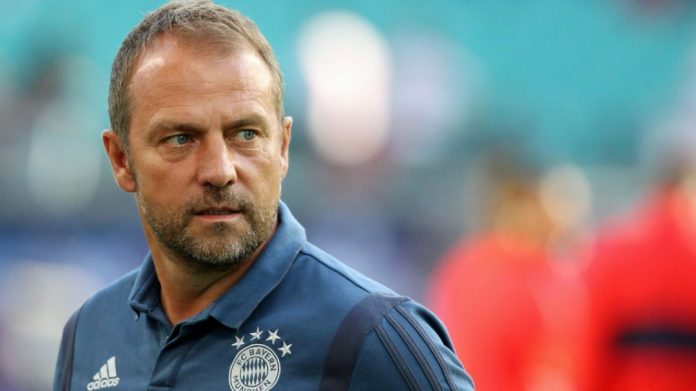 Flick has agreed a three-year deal with Die Mannschaft, and returns to familiar surroundings in Germany’s national team set-up, having been Löw’s assistant from 2006 to 2014, and was part of the coaching staff as Germany won the 2014 FIFA World Cup in Brazil.

“It all went surprisingly quickly for me with the signature, but I’m very happy to be able to work as national coach from autumn,” Flick said. “The season has just ended and the two years at Bayern Munich are still having a strong impact on me.”

Flick will now be tasked with steering Germany through FIFA World Cup Qatar 2022 qualifying. Die Mannschaft are currently third in Group J behind Armenia and North Macedonia, and his first game in charge will be against Liechtenstein on 2 September 2021.

Loew, who had a contract until 2022, led Germany to the World Cup title in 2014 with Flick as his assistant, and the 2017 Confederations Cup but his team crashed out in the first round in the 2018 World Cup and has been struggling to perform at the highest level despite an overhaul.

A 6-0 thrashing by Spain in the Nations League in November was Germany’s worst defeat in competitive football.

Meanwhile, Low has named his squad for his final tournament, the Euro 2020.

Germany are Group F for Euro 2020 along with France, Hungary and Portugal.

The tournament is taking place between 11 June and 11 July, having been delayed by a year because of the coronavirus pandemic.