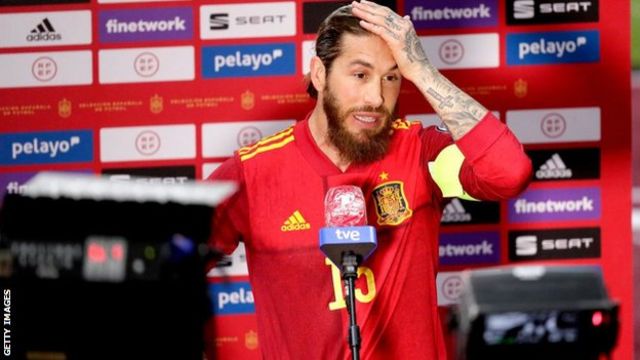 Ramos, who has won many accolades with Spain including World Cup and Euro, will miss out on the tournament after playing 180 matches for La Roja.

The iconic defender has played every major international tournament for Spain starting from Euro 2004 but the streak comes to an end after his omission from the Spain squad for Euro 2020.

Spain will play in Group E and will play Slovakia, Sweden and Poland at Seville’s La Cartuja Olympic stadium with a limited number of spectators allowed to attend the games.

Meanwhile, Aymeric Laporte gets his first call-up for Spain since switching allegiance from France. Recently, Laporte got his Spain nationality as he completes his switch from France.

Barcelona midfielder Sergio Busquets was named in the squad and is likely to lead the team in the absence of Ramos. Surprisingly, Iago Aspas misses out despite having a brilliant season in LaLiga.