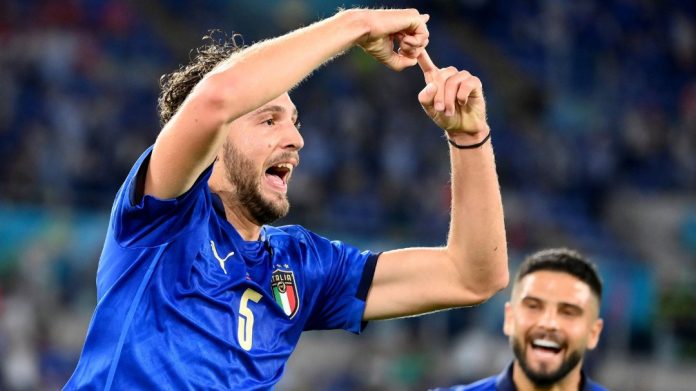 Italy booked their place in the last 16 of Euro 2020 with a group game to spare as Manuel Locatelli scored twice in a comfortable 3-0 win over Switzerland in Rome.

After Wales’ impressive victory over Turkey, Roberto Mancini knew another three points would confirm his side’s place in the knockout stages, but they would not be upstaged in Group A.

Those in attendance at the Stadio Olimpico were greeted to another exhibition in teamwork and game intelligence as Locatelli’s double either side of half-time (26, 52) was added to late on by Ciro Immobile (89).

The result leaves Italy top of Group A on six points, two ahead of Wales ahead of their meeting in Rome on Sunday. Switzerland are not yet out of the competition, but remain in third place ahead of their final group fixture against pointless Turkey.