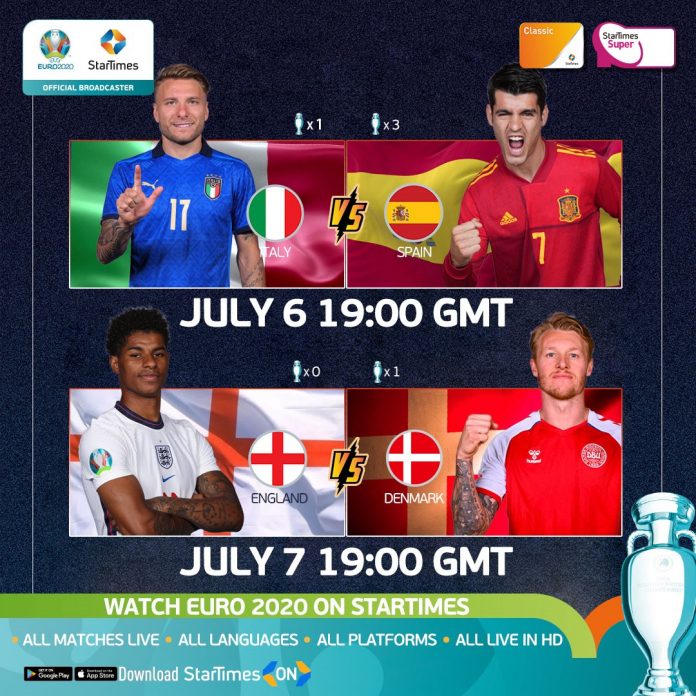 Sometimes, the bookmakers get it right.

And judging by the way England stormed into the Euro 2020 semi-finals, it would certainly appear that they did.

Ahead of the tournament, the Three Lions were the favourites to lift their first-ever Euro title, and after three unimpressive group matches, that still comfortably saw them through to the knock-out stages, Gareth Southgate’s team upped the gear.

A 2-0 victory against long-time rivals Germany in the round of the last 16 and a 4-0 thumping of Ukraine in the quarter-finals were the result.

A place in Wednesday’s semi-final against Denmark at home in Wembley Stadium is the reward for the two inspiring performances.

England captain Harry Kane, who scored two of the goals in the victory against Ukraine, said that they would not underestimate their opponents. “We know it’s going to be a tough game. But we know as well if we get it right and play how we know we can, then we have a great opportunity to get to a final.

“A lot of us playing now won’t have the opportunity to have a big game like that at Wembley in a major tournament again. It’s an opportunity for us and we have to grab it with both hands. We have to enjoy being in that environment.”

Their opponent’s in Wednesday’s semi-final are an unlikely one, but the Danish fairy-tale continued with a 2-1 victory against the Czech Republic in the last round to earn the right to take on England.

The side stuttered into the knock-outs with just one victory, but that came in the game they needed to win. Like England, they have been in scintillating form since then and will certainly be no push-overs.

Kasper Hjulmand’s side will, no doubt, be well prepared for their encounter against England, as several members of the squad play their club football in the Premier League, including goalkeeper Kasper Schmeichel, defenders Jannik Vestergaard and Andreas Christensen, as well as Spurs‘ midfielder Pierre-Emile Højbjerg.

A day before the match between England and Denmark, Wembley hosts the other semi-final between two former winners, Spain and Italy.

Both side’s struggled to get to the round of the last-four, with Spain needing a penalty shoot-out victory against Switzerland, while Italy needed extra-time against Austria and then were under pressure against Belgium in the quarter-finals.

Italy and Spain come to Wembley with plenty of footballing pedigree and history. They faced each other in the 2012 final in Kiev, with Spain comfortably winning 4-0. Both still have a few players in their squad who played in that final, including Jordi Alba, who scored one of the goals in Spain’s emphatic victory.

The two semi-finalists have plenty of danger men upfront with six different scorers at these Euros and unlike previous Italian and Spanish squads, where a number of stars were joined by other players, the strength of the teams at this tournament lies in their unity.

That, of course, is not to say that neither side has any world-class players. Both do.

On the Spanish side there are Juventus striker Álvaro Morata, captain Sergio Busquets and defenders Alba and César Azpilicueta, while Italy have the likes of the Juventus trio Giorgio Chiellini, Federico Chiesa and Leonardo Bonucci as well as Ciro Immobile in their squad.

Ghanaian fans will be able to watch both semi-finals live and in HD on the StarTimes channels as the continent’s leading digital-TV operator has been showing the games throughout the competition.