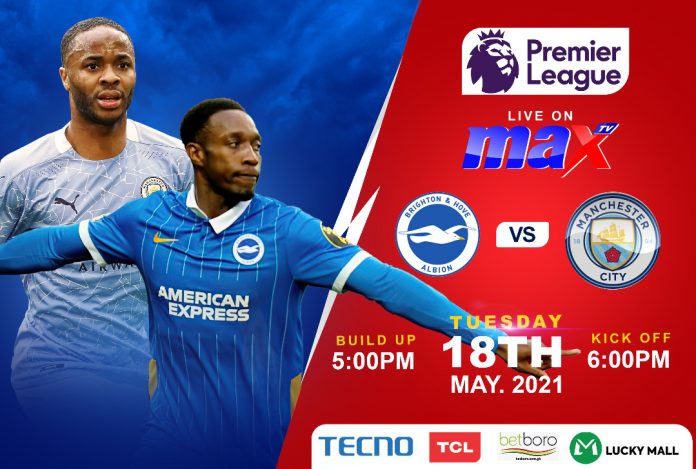 The week 37 English Premier League clash between Brighton and Hove Albion and Manchester City will be telecasted live on Max TV.

Brighton & Hove Albion take on champions Manchester City in the Premier League on Tuesday, with the Citizens looking to build momentum ahead of their Champions League final clash against Chelsea towards the end of May.

Brighton, meanwhile, have already secured their safety for a fourth successive season, so they are simply aiming to finish as high in the table as they possibly can.

Having finished 15th twice and 17th once in their three full seasons in the Premier League, Graham Potter’s side require a shock win against Man City on Tuesday to still be able to secure a record-high finish in England’s top flight.