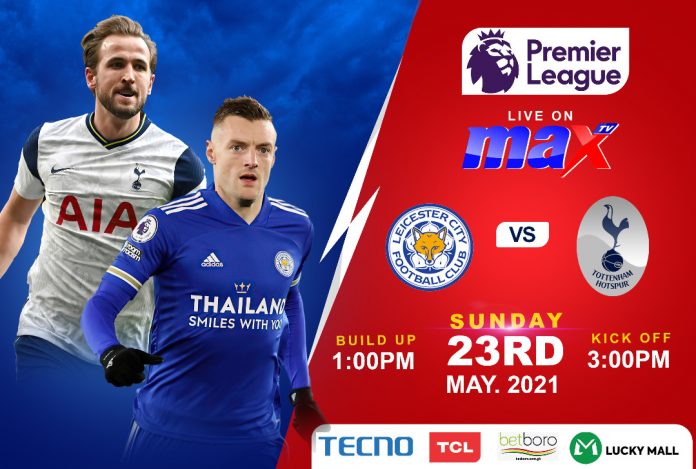 As the race for the top 4 is set to go down to the wire, Max TV your home of football will telecast the liev game between Leicester City and Tottenham.

The coverage of that game will begin at 1:00pm as Yaw Ampofo Ankrah and his guest brings you the prematch analysis.

Leicester City must realistically beat Tottenham on the final day of the Premier League season if they are to keep their Champions League hopes alive.

A 2-1 defeat to Chelsea, coupled with Liverpool’s 3-0 win at Burnley, leaves Leicester sitting fifth in the table on goal difference with one game remaining.

Leicester will be hoping for either Chelsea or Liverpool to slip up in a dramatic final round of fixtures, or will otherwise need a huge result against Spurs to make up the goal difference on Jurgen Klopp’s champions.