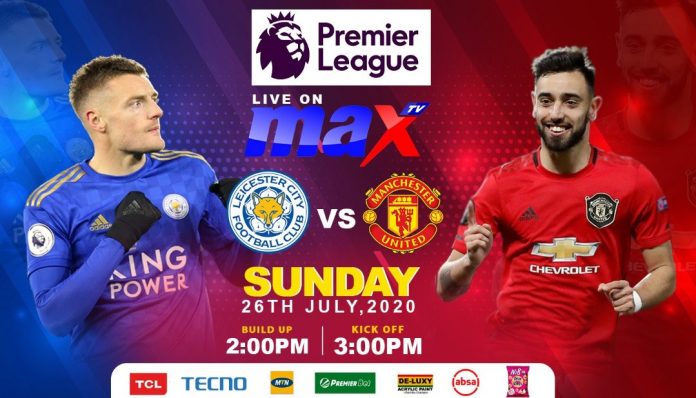 Manchester United boss Ole Gunnar Solskjaer says his side will be “100- per-cent fresh” for their crucial clash with Leicester City on Sunday.

One point and two places separate City and United in the Premier League ahead of the final day.

Leicester City are fifth on 62 points while United are third on 63 going into the fixture at the King Power Stadium as both eye a Champions League place for next season.

While Chelsea is sandwiched between the two in fourth on 63 points, Frank Lampard’s team face Wolves at Stamford Bridge.

Which two are you backing to qualify and with what scorelines?

Catch the action Live on Max TV as we bring you what promises to be a cliffhanger of a game between the Red Devils and the Foxes on Sunday July 26.

The show would also be keeping tabs on the other matches simultaneously with Live updates.