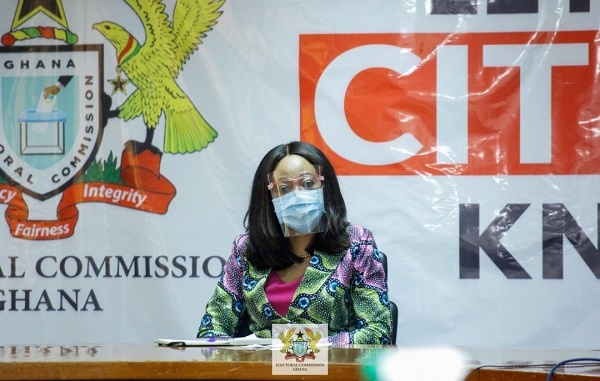 The leadership and candidates of political parties have been called on by the Electoral Commission (EC) to refrain from issuing “unverified statements” in the ongoing 2020 electoral process.

The statement issued by the EC comes after reports alleged that a man had attempted to stuff ballot boxes with already thumb-printed ballot papers which the Commission has debunked as fake.

According to the EC, these statements only intensify tension in the country.

“While the Commission encourages the public to report instances of electoral malpractice, we urge everyone to desist from issuing unverified statements that lead to unnecessary confusion and heightened tension. Such statements, especially when coming from leaders do not auger well for the peace of the nation. The Commission urges all candidates to exercise decorum and verify information before issuing media statements,” the EC added in the statement.

The opposition National Democratic Congress, meanwhile, at a press conference held on Monday December 7 alleged there was some voting irregularities in some parts of the country as the voting process was ongoing.

Ghanaians went to the polls on Monday, December 7, 2020, to cast their ballot to elect a President and 275 Members of Parliament.

So far, some provisional results have started to trickle in nationwide where ballots were collated, counted and sent to their various Constituency collation centre to be processed by the Electoral Commission.

The Electoral Commission is the body mandated to declare certified results of the Presidential election while that of the Parliamentary election will also be certified and declared by the Returning Officer at the Constituency collation centre.