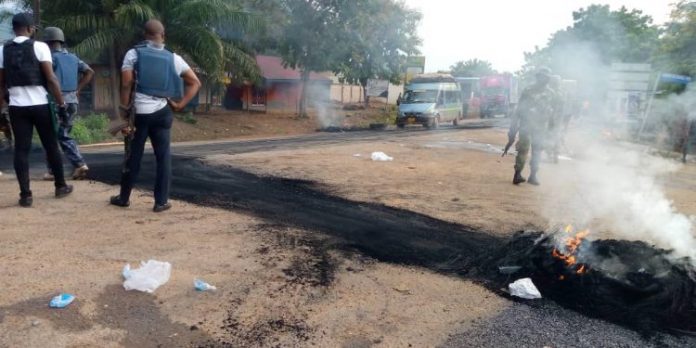 According to the Resource Person of the Governance Research Bureau, Dr Kwame Asah Asante ,measures to curb the escalation in attacks in the Volta Region by the so-called Western Togoland ‘secessionists’ must be fast-tracked in order not to create insecurity and prevent the people from voting in December.

Dr Kwame Asah Asante said if that happened the Electoral Commission may find it difficult to hold the elections, especially in the Volta Region, and even declare a winner, which would create a leadership vacuum.

In a statement issued in Accra by the Bureau, it said analysts believe that any postponement of the December 7 polls would leave Ghana without a president after January 7, 2021, which would not augur well for the country.

Dr Kwame Asah Asante, who is also a Senior Lecturer in Political Science at the University of Ghana, discounted conspiracy theories linking both the ruling New Patriotic Party (NPP) and opposition National Democratic Congress (NDC) to the insurgency and noted that no justification could be established for such theories.

He said for the NDC the Volta Region was one of its strongholds and it had a lot to lose if the region was destabilized.

Already a measure of voter apathy was witnessed in the 2012 and 2016 elections in Ho Central, and the North and South Tongu constituencies, he said.

Dr Asante, with regards to the NPP, said the Party had been performing well in the region over the years and it would need its increasing share of votes to boost its chances of winning the elections.