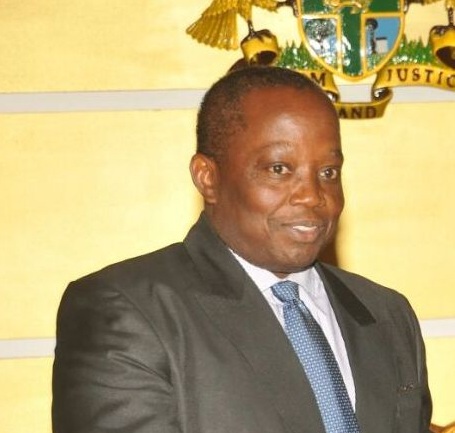 Daniel Domelevo, the Auditor-General, has offered a tacit advice on leadership, urging people in positions of authority to treat their peers and subordinates with respect.

A photo shared on the Facebook timeline of Daniel Domelevo, although it makes no reference to anyone in particular, has been interpreted by some as directed at some persons in authority under the current administration.

Mr Domelevo’s Facebook post comes with a photo of an old, decrepit and abandoned truck with a quote that opens with, “Life is a journey from birth to death.”

However, the accompanying text goes on further thus: “Your career is equally a journey from appointment to retirement. Therefore, prepare for life after retirement. Be good to your juniors, students, clients/customers and employees because you will not be the boss forever. Regardless of how everyone fears you at the place of work, one day you are going to end up like this lorry, tired, retired and abandoned. And if you were cruel, your pain will be worse.”

Mr Domelevo, renowned for his anti-corruption stance, has been forced to go on a 167 accumulated annual leave by the President, a move that has generated controversy.

The Auditor-General before his forced leave initiated a process to surcharge the Senior Minister, Yaw Asafo-Maafo, and other government officials for a $1 million dollar deal.

The Auditor-General wanted evidence from the Mr Osafo-Maafo of actual work done by private firm Kroll and Associates.

That matter is currently in court after the Senior Minister also initiated a process at the High Court to clear his name.

The forced leave directive handed to Mr Domelevo has been criticised by hundreds of Civil Society Organisations (CSOs) as an affront to democracy and the fight against corruption.

Mr Domelevo was also recently locked out of his office after locks to the door was changed. Mr Domelevo said he had come to the office from his ongoing leave to pick up some documents.

One of the over 20 people who have shared Mr Domelevo’s post on the advice to persons in leadership notes, “From the man Mr Akufo-Addo sent home for fighting corruption. Auditor General!”

National House of Chiefs: We disapprove of Western Togolanders’ activities