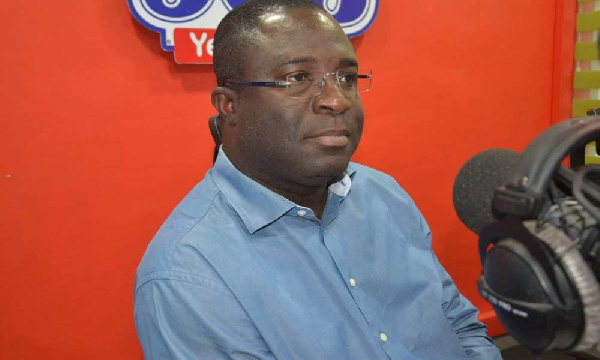 Eugene Boakye Antwi, the Member of Parliament for Subin in the Ashanti Region, has blamed the NPP leadership for the party’s failure to win the Speaker of Parliament position.

There are Videos on social media that suggest that Eugene Boakye Antwi of the NPP did not vote for Prof. Mike Ocquaye in the election of Speaker of Parliament for the 8th Parliament.

However, speaking to an Accra-based FM station, Eugene Boakye Antwi denied such claims indicating that he is a loyalist of Nana Addo Dankwa Akufo-Addo and NPP and will never betray him for anything.

The results have been shocking because the NPP has 137 seats with one occupied by the Independent candidate on their side.

Reacting to the loss, Eugene Boakye Antwi indicated that he blames the leadership of the New Patriotic Party (NPP) for losing the Speaker of Parliament position.

To him, there was absolute coordination between the General Secretary of the NDC, Asiedu Nketia and the party’s leadership in Parliament whiles there was nothing of the sort for the NPP in Parliament.

“All members of the NPP know is lying to the President about people. All they are good at in the party is backbiting. While the elections were ongoing, you could see pure teamwork between the NDC leadership in Parliament and their party leadership.”

To him, the NPP needs an introspection because there are cracks and weaknesses in the party which needs to be resolved.

The New Patriotic Party’s nominee for the Speaker of Parliament position Prof. Mike Ocquaye garnered 136 of the votes cast on the day.