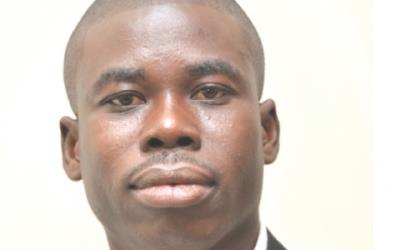 Charles Owusu, the Head of Monitoring Unit at the Forestry Commission, has ridiculed former President and NDC flagbearer, John Dramani Mahama over his promises to Ghanaians.

Former President John Mahama is counting on the votes of Ghanaians during the general elections to become President of Ghana again.

In his bid to come back to power, the former President has given a catalogue of promises to Ghanaians and among some things he’s pleged to do are to legalize commercial motocycle business, known in local parlance as ”okada”, improve health infrastructure and also review the government’s free education policy by making it better for school children, their parents and families.

These are but a few things that former President John Mahama has said while the nation waits on his party, the National Democratic Congress (NDC), to unveil their 2020 manifesto.

Meanwhile, the okada legalization promise by Mr. Mahama has been met with a barrage of objections because, when he was President of Ghana, he wanted to shut down okada business.

Mr. Mahama is however unperturbed by the dissenting views as he continues to give new campaign promises.

Speaking to host Kwami Sefa Kayi on Peace FM’s ‘Kokrokoo’, Charles Owusu said President Nana Akufo-Addo has done all that his political opponents, in this case referring to the former President, couldn’t do and additionally doing other great things to improve the living conditions of Ghanaians.

Alluding to the government’s free water and subsidized electricity supplies to Ghanaians for six months, the first rolled out during the lockdown season from April to June and the second phase beginning in July, he believed the President’s remarkable feat is creating headache for Mr. Mahama and the NDC.

According to him, the President has widened the gap between him and the former President, therefore causing the latter to making outrageous and annoying promises.

“Why do you want to take people on a race like that?” he jovially asked President Akufo-Addo.