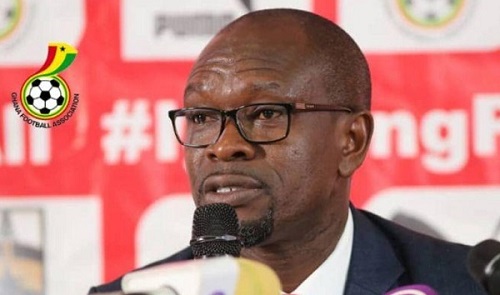 Charles K. Akonnor, the head coach of the Senior Ghana National team , announced his preferred squad for this week’s friendly matches against Mali and Qatar.

After nearly a year without active football, the Black Stars return to action as they come off against The Eagles of Mali on Friday, October 09 in Antalya, Turkey. This friendly match goes down as part of the preparations towards the Africa Cup of Nations (AFCON) qualifier against Sudan. The Black Stars who last played a competitive game in November 2019, will be seeking to continue The Bring Back the Love campaign as they hope for a win against Mohammed Magassouba’s side(Mali).

Ghana, however were scheduled to play Equitorial Guinea three days later but the game was called off on Thursday 24th September. The Central African team cited their decision on the new travel restrictions imposed on the country due to the COVID-19 global pandemic. The Football Association then scheduled a game against Qatar.

A major highlight of the call-ups was the absence of locally-based players. Coach Akonnor however, handed debut call-ups to France based Alexander Djiku who plays for Strasbourg, Yakubu Mohammed of Azam FC in Tanzania, Benson Anang of MSK Zilina in Slovakia, Emmanuel Lomotey of Amiens in France and youngest star Kamal Deen who plays for Danish side Nordsjaelland. John Antwi of Pyramid FC has also been handed a call-up by coach Akonnor. Turkey based Bernard Mensah makes a return to Black Stars for the first time in five years.

This upcoming clash will be the very first game C.K. Akonnor will coach after being appointed as the new head coach of the Black Stars back in January, after ex-coach Kwesi Appiah was shown the exit door by the GFA. The aura of tension around the coaching staff is very much obvious as CK Akonnor prepares ardently for a first win in charge of The Black Stars.

In the light of some crucial circumstances, certain key players will be unavailable for the squad in the friendly games at Turkey. Goalkeeper, Richard Ofori , most trusted shot-stopper for Ghana since 2016, will miss the friendly due to the expiration of his work permit in South Africa. Its renewal will take up a duration of at least two weeks.

John Antwi of Pyramid FC is also faced with the same work permit expiration issues as he is also unable to secure a ticket to Turkey. His work permit renewal will take no less than to two weeks as well. Lumor Agbenyenu is also dealing with the same challenges.

Mohammed Kudus might as well not be available after picking up an injury during club training last week hence sidelined during Ajax’s 1-0 loss to Groningen on Sunday. Although Mohammed’s fitness is in doubt, the GFA insists he travels to Turkey on Tuesday, October 6 for a medical assessment.

The team will then face off with 2022 world cup hosts; Qatar, three(3) days after their friendly match against Mali. Both games will be held in Antalya-Turkey.

Ghana currently sits comfortably on top of the Group F table with 6 points after victories over South Africa and Sao Tome and Principe in November 2019.

The full squad to expect next week, October 09 are;