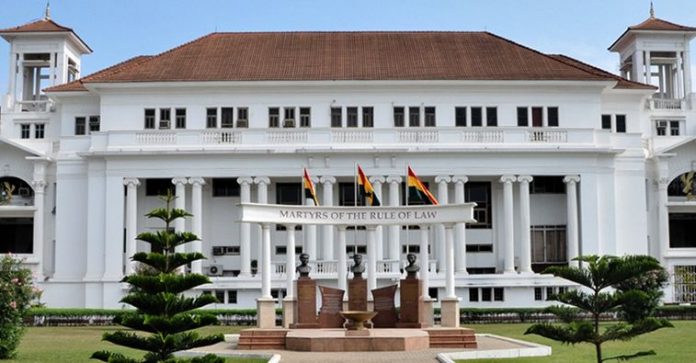 According to our reports, the Supreme Court has ruled that Jean Mensa, the Chairperson of the Electoral Commission will not undergo cross-examination,

After listening and weighing the submissions of the counsels for the petitioner and first and second respondents, the court has declared that Jean Mensa and Mac Manu cannot be compelled to testify.

Chief Justice Anin Yeboah, delivering the judgment, submitted that the court has not been convinced by the argument from the lawyer of the petitioner and will be setting a bad precedent if it grants the wish of the petitioner.

“We are reminded to state that our jurisdiction invoked in this election petition is limited jurisdiction clearly circumscribed by law. We do not intend to extend our mandate beyond what the law requires of us in such petitions brought under article 67 clause 1. Simply put, we are not convinced and will not yield to the invitation being extended to us by the counsel for the petitioner to order the respondents to enter the witness box in order to be cross-examined.

“Accordingly, we hereby overrule the objection raised by the counsel for the petitioner against the decision of the respondents declining to adduce testimonies in this petition”, the Chief Justice said.